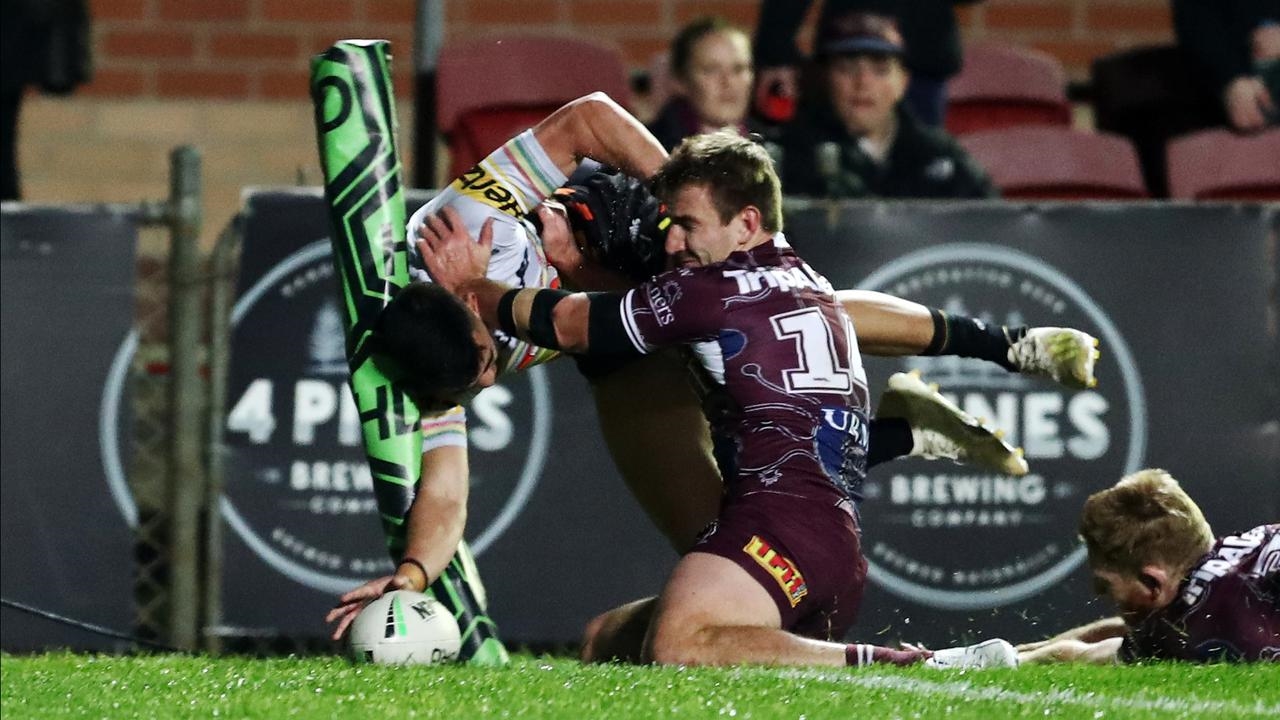 Charlie Staines became the first player in 83 years to score six tries in his first two NRL games as his wild ride continued in Penrith's 42-12 flogging of Manly.

Staines scored two in 25 action-filled minutes at Lottoland on Saturday night before limping off with a hamstring injury and didn't return.

Nathan Cleary also put on a masterclass, setting up two tries and scoring one of his own in the second half when he regathered his own grubber.

But while Penrith shot out of the blocks to a 22-0 lead after 30 minutes, it was an absolute horror show for Manly.

Dylan Walker suffered a new fracture in his foot, Brad Parker suffered a serious concussion and Curtis Sironen faces time out with a knee injury.

But still, Staines was the main story.

He became the first man since South Sydney's Don Manson in 1937 to score six tries in his first two games, according to Fox Sports Stats.

Incredibly, his four-pointers have come in just 105 minute - or one every 17 minutes of his first-grade career.

In the time since his four tries on debut last month, the winger has spent two weeks in quarantine after having too many visitors in his home and then visiting Nepean Hospital with lockjaw.

And perhaps the only people more relieved than Manly when he left the field was the Post Office Hotel in his home town of Forbes, who were again offering a free shout to their 40 patrons every time he scored.

"My tries, like my four tries the other week, they were off the back of good set plays,'' Staines said.

"That was the case again tonight.

"On my way to the line with the second try, I felt a tweak in my hammy. I'll get it looked at and hopefully be back in a couple of weeks.''

The performance was one of the best of ladder-leaders Penrith's season, completing at 91 per cent playing expansive football.

Staines opened the scoring when he got the ball down in a tight space on the right edge in the 10th minute, then Cleary gifted him with a perfect lofted ball for his second.

The Penrith halfback was in everything against his likely Queensland State of Origin opposite number.

He kicked a 40-20 before another try before one of his grubbers rebounded into Penrith hands and Viliame Kikau put on an offload for Stephen Crichton to score.

"That would have been in the back of his mind (playing against Daly Cherry-Evans)," coach Ivan Cleary said of his son.

"Everyone wants to do well against their opponent and someone he has looked up to.

"His kicking game was really good tonight, he stuck solid to the plan all night."

He put Jake Trbojevic over with an inside ball for their only first-half try and kicked for Jorge Taufua for one in the second.

He also somehow held up Kikau to save one and stopped another when he chased down Naden after running 80 metres from a Lachlan Croker intercept.

The loss dumped Manly out of the top eight and with a crucial few weeks ahead before Tom Trbojevic's planned return in three matches.

"You can always lean on the fact you had the bad injuries, but still they were just better than us in key parts of the game," coach Des Hasler said.

"It was a real opportunity playing top of the table, things didn't go our way tonight." 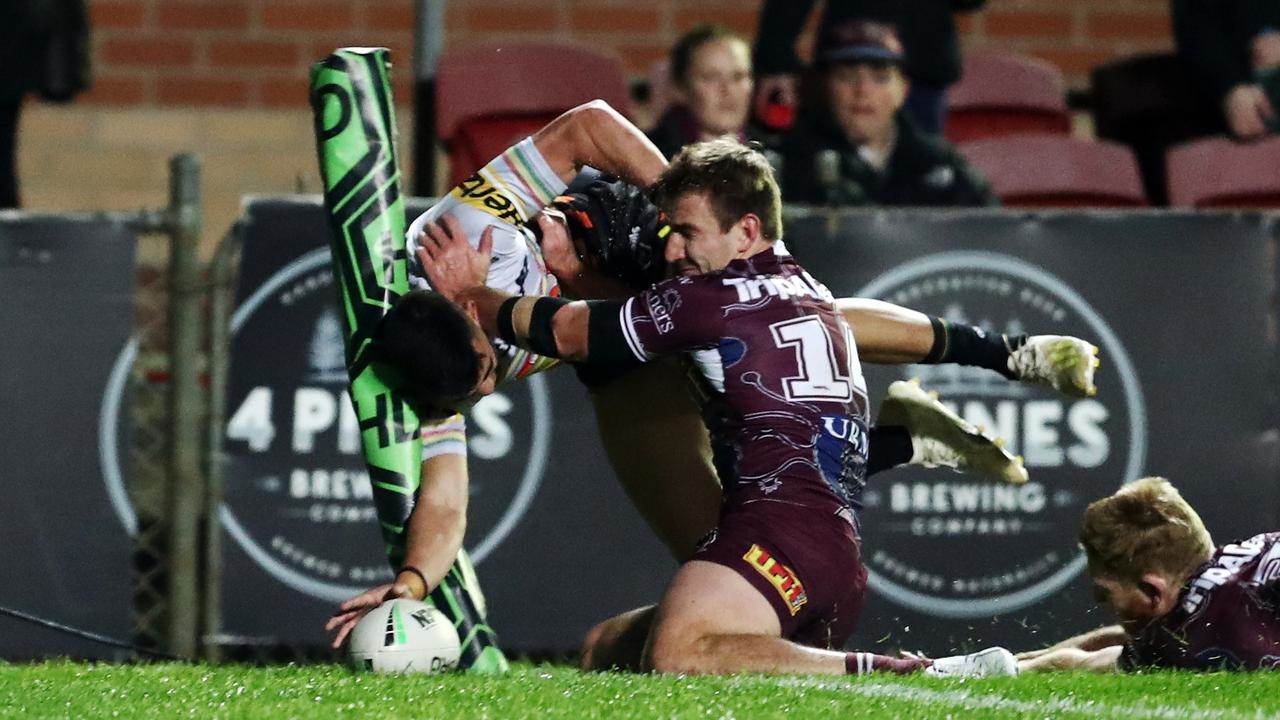 Penrith flyer Charlie Staines has scored six tries in two NRL games but feared he'd thrown away his shot in 2020 after an NRL biosecurity breach.... 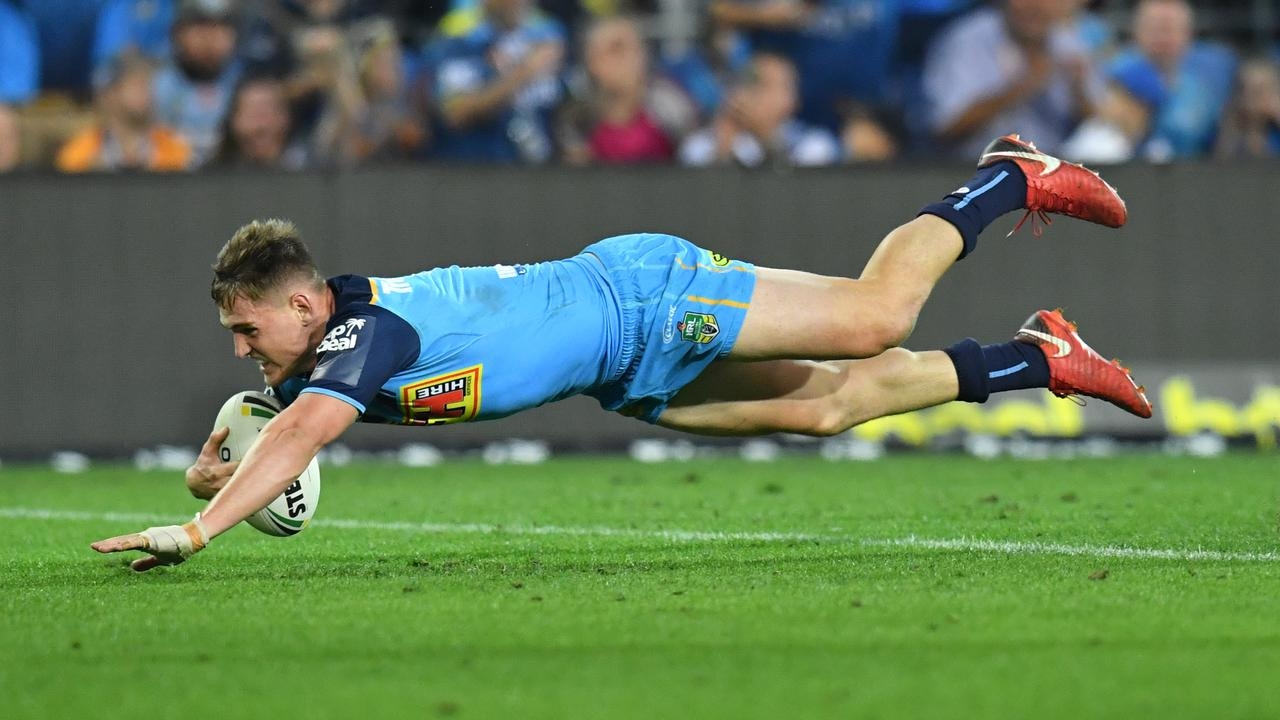 Gold Coast fullback AJ Brimson thought he'd miss the NRL season with a broken back so was thrilled to return in their tight loss to the Sydney Rooster...