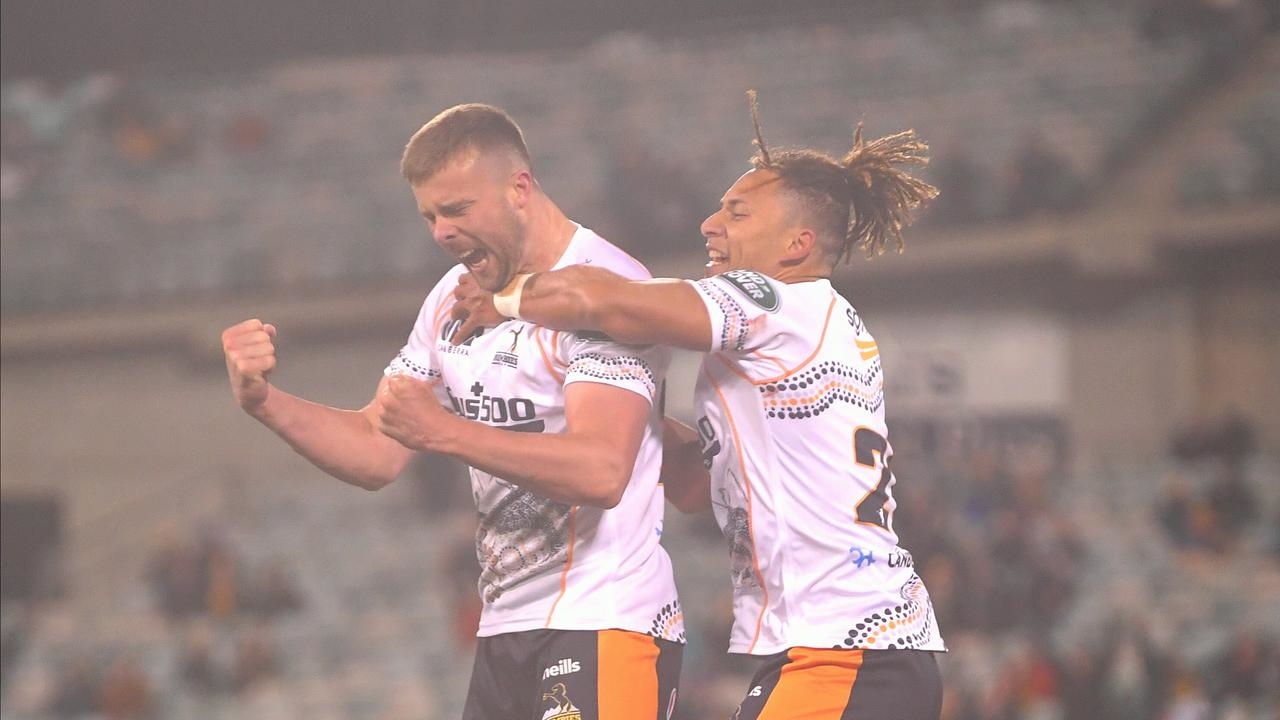 The Brumbies remain unbeaten in Super Rugby AU after breaking Queensland Reds hearts with a thrilling 22-20 victory after the siren in Canberra.

Young substitute Mack Hansen nailed a penalty with the last kick of the game at GIO Stadium to send the small army of Brumbies fans into raptures on Saturday night.

About 40m out, the 22-year-old's kick never looked like missing to lift the Brumbies a game-and-a-half clear on top of the ladder.

"He's (Hansen) a Canberra boy who's been supporting the Brumbies since he was a toddler," Brumbies coach Dan McKellar said.

"For him to step up with confidence and kick a clutch penalty goal was brilliant so really proud of him."

The Reds appeared to have secured their first victory in the nation's capital since 2014 after controlling much of the second-half.

But they let a six-point lead slip in the closing stages, with the Brumbies' Connal McInerney scoring a 74-minute try which wasn't converted.

But the Brumbies, still down by a point, piled on the pressure in the dying seconds before earning the match-winning penalty.

Their fourth win of the season came through early and late onslaughts, charging out to a 14-0 lead before conceding score 20 consecutive points.

The Reds did all their scoreboard damage in just a few minutes either side of halftime to stun the home side.

Brumbies hooker Folau Fainga'a scored a pair of tries through rolling mauls in the opening 30 minutes to have the visitors on the back foot.

But talented young young star Jordan Petaia, who made a faultless return in his first match since dislocating his shoulder in February, set the Reds alight.

The 20-year-old looked to have scored the Reds' first try on the cusp of halftime, but it was disallowed and a penalty awarded to the Brumbies.

However, the Wallabies prodigy would not be outdone, producing a magical offload to Harry Wilson who crossed just after the break to whittle away at the Brumbies' 14-3 halftime lead.

That play started a period of dominance for the Reds, who scored again through flanker Angus Scott-Young just three minutes later.

Queensland captain Liam Wright said the Reds only had themselves to blame for the defeat.

"Lots of discipline issues, which is just costing us, but the Brumbies are a class outfit and know when to take the pressure," he told Fox Sports.

"We don't want to be chasing 14 points like that early." 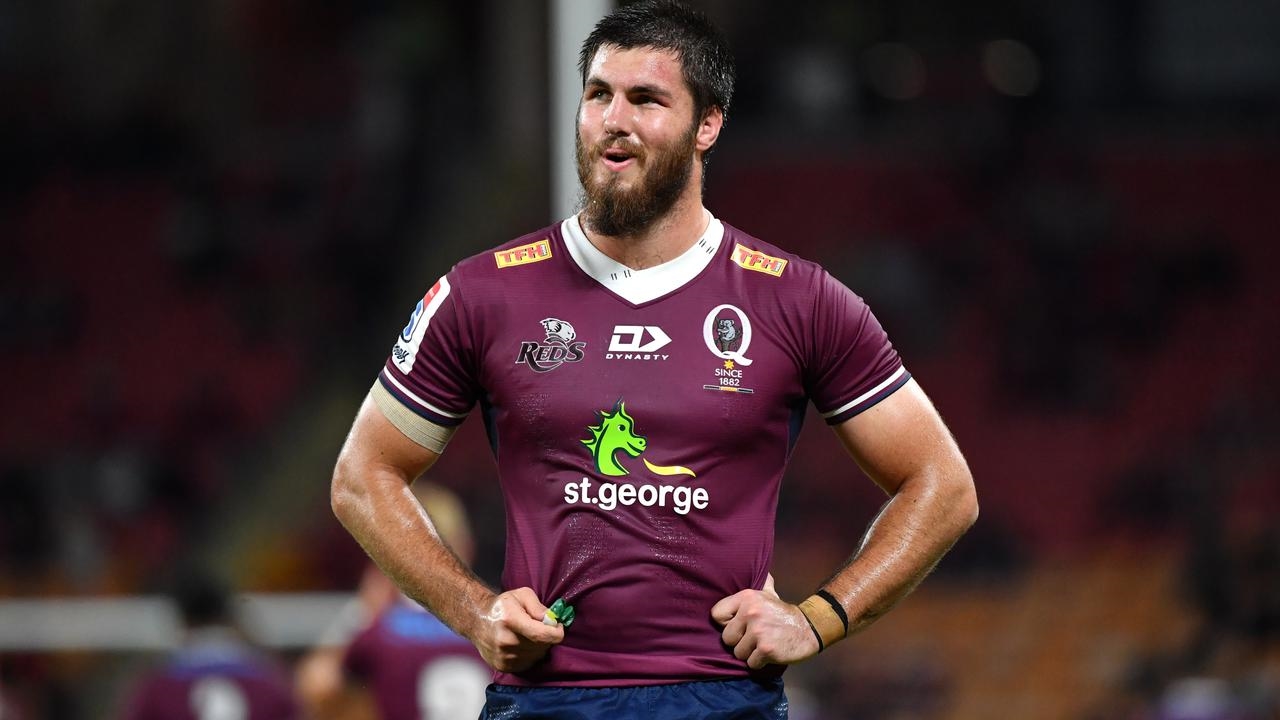 Reds focus on discipline rather than Tahs

Queensland are stewing that poor discipline cost them a win over the Brumbies with Liam Wright saying it's a focus for their Super Rugby AU clash with... 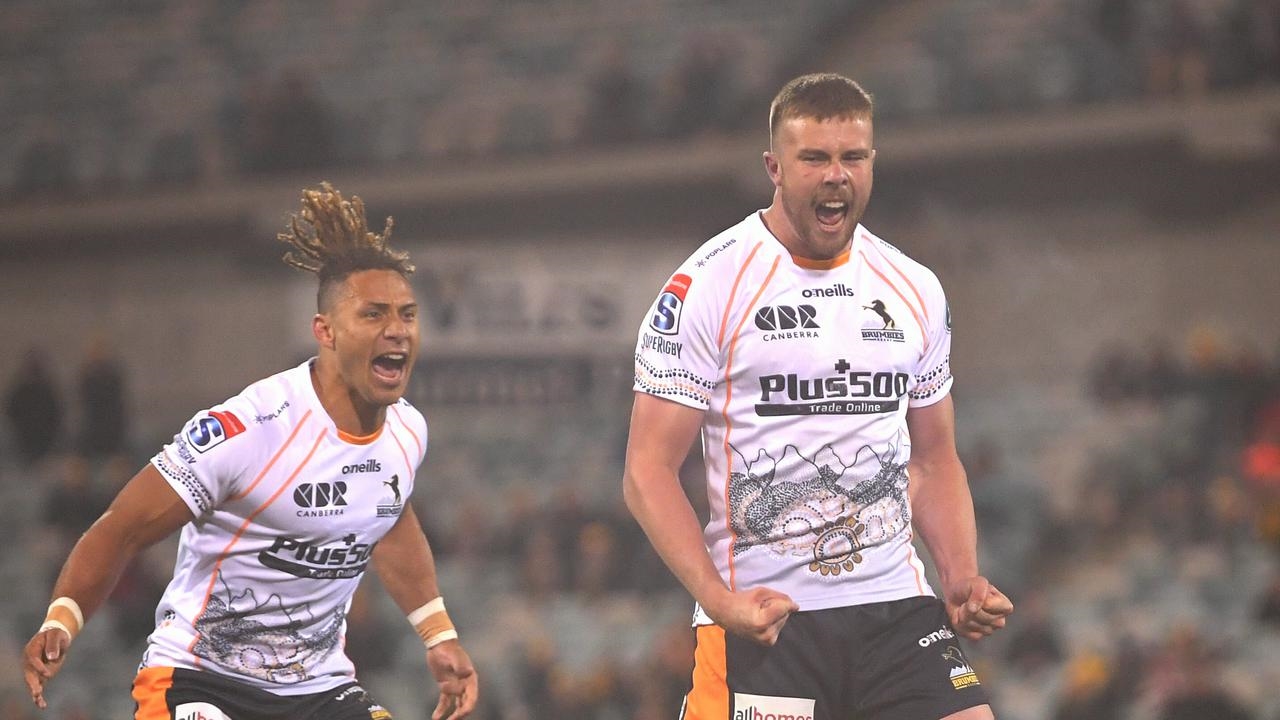